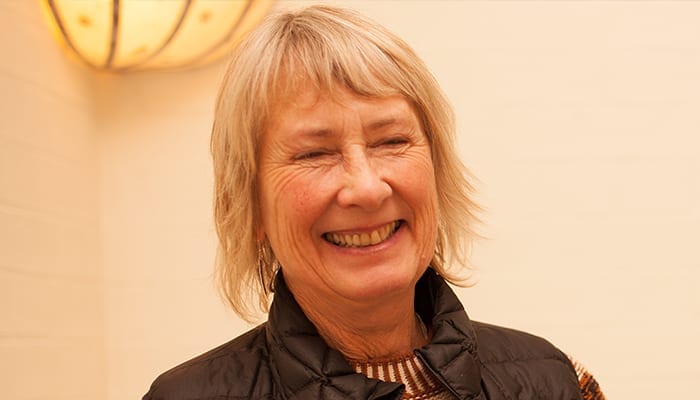 Why did you come to Changes Welcome Hypnotherapy?

I had had the issue about being phobic of butterflies and moths. I’d always been really really scared of them, which had become debilitating really because I’m a gardener and sometimes I just couldn’t go out in the garden because there were too many. And my daughter was going to do some work in Peru, and there was a chance of going to the Amazonian rainforest with her. And I didn’t want to be the person who couldn’t handle it, so I came to see Liane to see if she could equip me to go really without being scared.

How did you feel about booking Hypnotherapy Sessions?

At the beginning I just– I was very worried that she was going to suggest that I did– that when you go into somewhere and see if you can stand it. And go to butterfly farm here or something like that and I really didn’t feel I could do that– or I thought maybe it could be quite threatening because the phobia was just that I didn’t want the possibility of being able to be touched by a butterfly. That was what really worried me– particularly with Tiger Moths because they’re a day flyer and they fly very badly and they might well fly into you. So I had quite a few Issues about being forced to do things I said I didn’t want to do. But in fact it was very very gentle.

So what actually happened during your Hypnotherapy Sessions?

I had to think up a scenario that I could play through my head as if I was watching a television screen. And the scenario initially was what I was frightened of– I had to think of it– and then I had to think it through I think 10 times. And the theory is that if you think things over and over again, you get bored with it, so it stops being frightening. And then at the end I had to think of it as if it was funny and try and make a twist to it so that it became ridiculous. So that was the kind of desensitisation part of it. And then the next time I came to see her I had to think of a scenario– a story which I would like and play that. So that instead of being trapped in a repeat kind of like a motorway– big part of the motorway that I was going down which always put into a certain frame of mind with the butterflies. I could go down a different path and feel happy about it.

What benefits have you felt from your hypnotherapy sessions?

At the end of it I could- I went to the rainforest and I was fine. I’ve always loved the butterflies but I’ve always been scared of them.  It was great because I could go on loving them, but really enjoy them and not be scared.

What would you say about Liane as a Hypnotherapist?

Would you say Changes Welcome Hypnotherapy offers value for money?

I got something that I didn’t think I could buy. It was just amazing.